Here is my latest illustration.

It’s loosely based on Corum’s return to castle Erorn the book “the Knight of the Swords” by Michael Moorcock. The image was purchased by Chris Northern for an upcoming book cover.

This art has been sold. More will be available soon.

I’ll also put any text in the style you require on the cover. Simply Email me at  keithdraws@gmail.com  with the information you would like to see on the cover and any text including title, author/band name and any additional text.

… and so when putting together some pre-made covers I mentioned I’d done something to Ben of New Comet Games. He really liked it and decided to use it for the back cover of this book “Corsairs of Cthulhu” which you can pre order on that page.

Stormy seas are something I’d like to visit again soon. That was a lot of fun.

This is the third in a series of covers I was asked to produce for “The Planar Cycle” series by Chamberlain Potts.
An incredible fantasy that gave me lots of amazing imagery to work with. Here I depicted “The Bleeding Elm“. A thirty-foot gnarly leafless tree with an abnormally thick truck. They’re covered in thick thorns and have vines that run along the ground to capture and impale anything that ventures too close onto the trunk. Along with the Cymarion in the foreground. I always do my best to ensure all my customers get the maximum value and impact and I also really enjoy doing this.

You can visit here to check out the books

Lots of fun with this one. Dark forests are always a challenge. Once again the inspiration of Frank Frazetta and Todd Lockwood, as well as Alan Lee, Brian Froud, Rodney Mathews, and Peter A. Jones, play a big part, but hopefully I’m mostly channeling me!

When Stephani approached me to produce a cover for this book I knew it would be a Challenge. 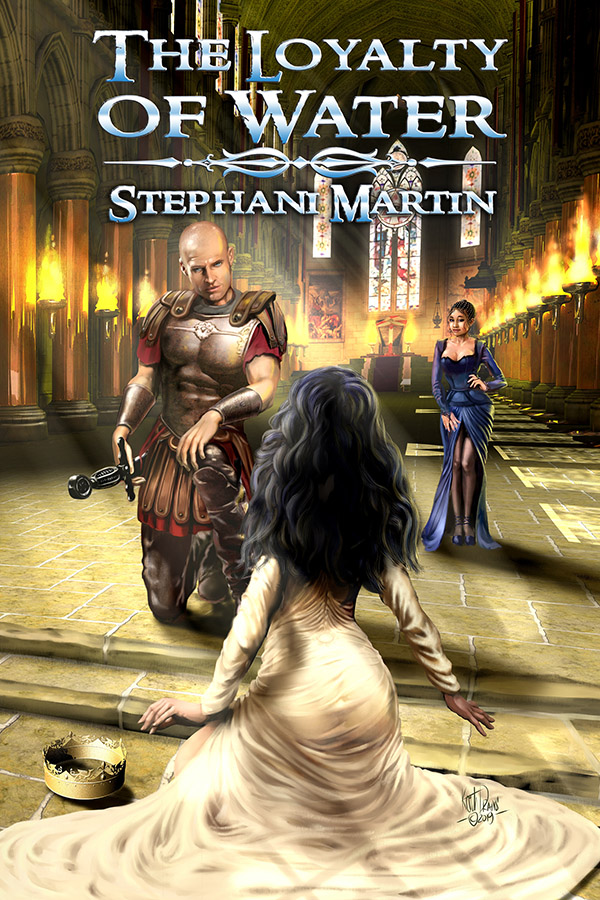 However, in the end, I feel I produced one of my best covers. The story’s conflicts characters and environments meant I had plenty to work with. The influences of Frank Frazetta and Todd Lockwood, as well as Alan Lee and Peter A. Jones,  are very prevalent in this painting, though I’m always trying to add my own twist.
If you want to check the book out, go here.

I meant to post this when it came out, but I got very busy… I hope you enjoy it.

“A doodler from an extremely young age, encouraged by the freedom to do as he pleased at school, Keith Draws has been an artist at heart for his entire life. Inspired by the sci-fi, fantasy and superheroes that amazed him as a child, he has gone on to create art for bands, books and games.

With a new sci-fi novel series proudly displaying his artwork on the covers and a crowdfunded superhero anthology in the works, Keith is more in demand today than ever before. He has mastered the art of telling a whole story in just a single frame, using shape and colour and detail to create intriguing and captivating pieces that draw you into everything his named is attached to.

We spoke to Keith to find out how he developed his skills and where they will take him next.

Kirstie: How did you get into art?

Keith: Drawing and painting is something I always enjoyed but it became something more when I started school. At the time the school were running an experiment (it was in the ‘60’s). The whole infant block was open plan and the idea was that kids could enter and leave any lessons they wanted to at any time. So of course, I would wander off and draw pretty much all the time. It’s all I remember doing for those two years. More…”

I’ve been working with E. M. Foner for a few years now.

He writes science fiction and Fantasy with a light comedic twist. In this case the cover for “Meghan’s Dragon” was to feature a young girl and her Dragon (who happens to also be extremely hungry all the time). And I have to indicate the humor found in the story.

Comedic illustration is never the easiest thing to do but when it’s done well it can be hilarious.

For me, there is nobody better at this than Mort Drucker (famous mainly for his work in Mad Magazine).

So when faced with this challenge I looked at what he does. And what he does is incredible, he sets up situations and then punctuates the joke using the characters facial expressions. I also looked at the Dragons created by Todd Lockwood, which are all pretty scary and used that as a direction to avoid!  So with that in mind, I set about working on ideas and after several roughs and some to and fro between the Author and I/we finally settled on this.

My indicator that it works is that my kids laugh at it and immediately make up stories about what’s going on… Mind you, They are both under 9 years old and they laugh at my jokes too, so maybe that’s not the best guide… Anyway…

It’s probably the first time ever that I’ve welcomed people laughing at my work! Maybe I’m dragoning this post out a bit so I’ll end it here.

Here’s where you can get this book: https://goo.gl/iuLvGb

And posters are available here: http://keithdraws.deviantart.com/gallery/

The challenge of producing art for a series.

Working on a series of covers is always a challenge and it’s important to retain a strong identity and feel. So far so good I think.

This is the second cover for the new series of science fantasy/dark fantasy books by Brian Choi and Erica Carson.

If you want to buy the book or want to know more about the Authors :

Frank Frazetta has always been a hero of mine.

So when I get the chance to produce work in the genre of Sword and Sorcery Fantasy Art I jump at the opportunity.

Now I don’t want to just copy the style of Frank, no, I want to pay homage by creating a piece of work that is clearly inspired by him, while being essentially my work. And it also must sell the book it is painted for by reflecting the atmosphere, characters and excitement contained therein.
David A. Brogdon gave me that opportunity recently. I read the book and discussed the concepts with him and above is the result.
I don’t think I’ll ever be able to express my appreciation for the impact Frank has had on my life but this kind of work goes some way toward that.

The Book is now up for sale here: www.amazon.com/dp/B01AQNRG7U

Nash- the Abduction by Mason Dodd

Alien abduction is not a subject I’ve explored in art before. This project gave me the opportunity.
The book is available here: https://goo.gl/ad2G4O
Posters here: http://goo.gl/hggfPw

We post lots of great advice on how to create your own book covers. Just check the Categories bellow.
We also offer custom made covers, illustrated, photomontage or purely typographic, if you don't want to do the work your self.
Any questions feel free to contact us, just click the contact tab above.